Another Ferrari classic from the collection, this incredible 1954 Ferrari Europa also has an interesting history.

The car owes its historic preservation to Stan Baker of Seattle, who cosseted the vehicle for 42 years from 1961 to 2003. After it had been driven in a severe sandstorm, Stan Baker re-sprayed the car beige in 1961/2, using enamel based paint which is still on the car.

The first owner of the vehicle was a Hollywood film director, Clarence Brown, who bought the car when he was 64 years old. Clarence Brown directed films such as National Velvet and worked with Greta Garbo, Liz Taylor and many more. Clarence Brown of Los Angeles used it in Europe initially – it’s pictured in the 1954 Ferrari yearbook attending a Concours on the French Riviera that year.

Other endearing features about this 250 Europa are its original interior, wind-up clock, and the petrol filler cap is in the boot.

The car was acquired from an American collector and it arrived back in Europe in late October 2009. On the cars return to Europe after 55 years they displayed the vehicle on the F.O.C. stand at the NEC in November 2009 where it was awarded Runner Up by Classic & Sports Car Magazine – a great result from circa 1,500 cars.

Winter 2010. The engine and gearbox were delivered to engine Guru Terry Hoyles at TDH Classics for a complete and much-needed rebuild, whilst hundreds of hours were spent tidying the vehicle in a very careful and subtle way. Like Stan Baker, avoiding a professionally commissioned restoration.

This car has had only six owners since 1954, who have all been passionate about the car. It has won multiple awards including Best in Class at Pebble Beach in 1965 and more recently a Salon Privé winner in 2011.

This is a truly superb car in excellent condition throughout and in 2012 it acquired its Classiché certification from Ferrari.

As with the two other Ferrari’s in the collection, this was given a two stage machine polish to enhance the finish and remove the majority of swirl marks and paint defects. Bearing in mind this was painted sixty years ago, great care was taken while machine polishing and constant paint readings were taken to ensure as much paint was left as possible.

Paintwork, trim, chrome, exhaust tips, front and rear light protection came from Pyramid Car Care’s Ceramic Coating Pro edition. As this as the 246 Dino GT will not be used much, this durable ceramic coating should last them both for the foreseeable future. The glass was polished inside out and protected with Pyramid’s new glass coating. The wire wheels were treated with Polishangel PTFE.

Book your car in for a detailing package 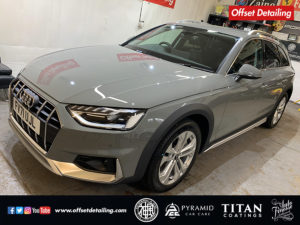 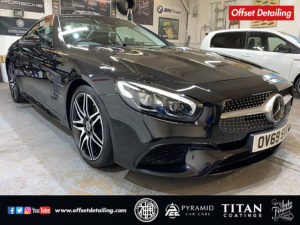 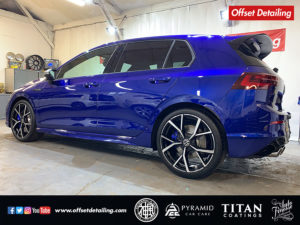 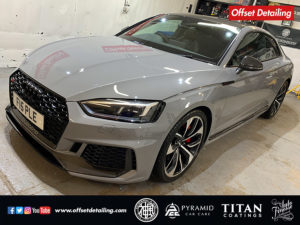 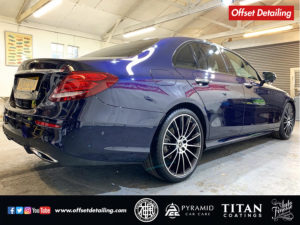 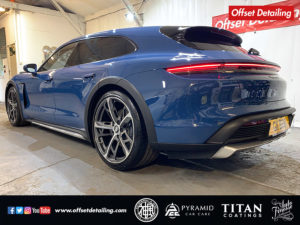